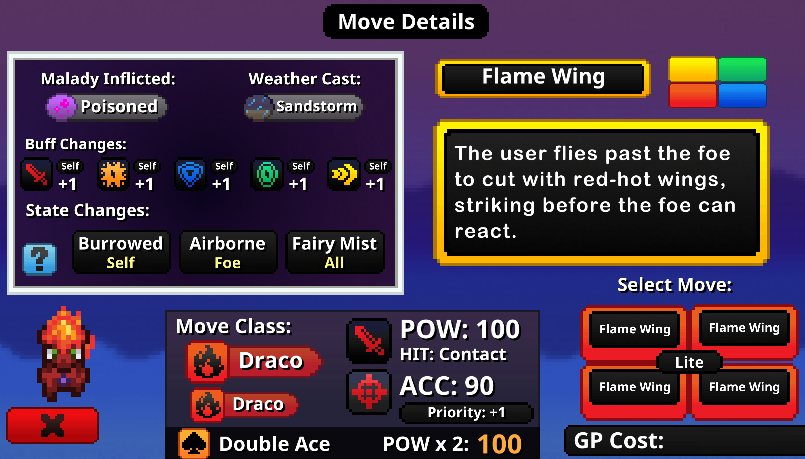 Nice to have a crunchy month to work on this day after day. Things are really starting to shape up around here. Visions of running a full-fledged indie studio get clearer all the time now that I'm enjoying a taste.

This month's major milestones include training a new programmer, adding a menu to the playable build, putting over a hundred working moves into the game, and creating a huge cast of human characters to meet in the overworld.

If you're curious about this past month's comradery and happenings in #GameDev, take a peek on the Yotes Games Blog!